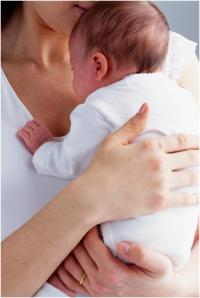 Yesterday, I heard the statement that “Christianity in America is dying one home at a time.”  From the same man I heard him say, “Yes, we want our country to be Christian, we just don’t want to birth, raise, and train children to be Christians.”  The sermon I heard made me think.  Was this just this one man’s opinion or could it be backed by the Word of God?  So I went to the Source of all knowledge, the Holy Bible.

“Except the LORD build the house, they labor in vain that build it: except the LORD keep the city, the watchman waketh but in vain. It is vain for you to rise up early, to sit up late, to eat the bread of sorrows: for so he giveth his beloved sleep. Lo, children are a heritage of the LORD: and the fruit of the womb is his reward. As arrows are in the hand of a mighty man; so are children of the youth. Happy is the man that hath his quiver full of them: they shall not be ashamed, but they shall speak with the enemies in the gate.” (Psa 127:1-5)  When I took the time to put this verse in context it really spoke to my heart.  First of all, unless the Lord is the foundation of our homes and cities, all is in vain.  Secondly, God will send blessings through having children.  Thirdly, through having many children we will overcome enemies.  Since this subject was on my heart I took some time and did some research on birthrates.  What I found was astonishing.  Here is America for the first time our replacement level of 2.1 is lower than our fertility rate of 1.9.  Please understand this  –  the Christians in America are not having enough children and the ones we do have are not staying in the faith.  Depending upon which statistic you look at the failure rate is 70-80%.  In addition, the Jewish community is dying. One article said that “low fertility and high intermarriage are pushing American Jewry toward extinction.”    What we have done is mocked the blessings of God.  We have said that we want the prosperity this world has to offer more than we want the blessings of God.  God told Adam, Noah, Abraham, Jacob and all the children of Israel to “be fruitful and multiply” throughout Scripture.  God said that He would bless his people through their offspring.  I could not find anywhere in Scripture that said once the world’s population reached a certain number we should stop having children.  Nor, could I find anywhere that said that since it is so expensive to raise children that we should only have a few.  All I could find was that God is Jehovah Jireh, the Provider and that having children was a blessing from Him.   So whatever view we have about children if it is contrary to the Bible it is a false world view.  That’s a hard statement to say, because I’ve had this worldly view myself.  Only through searching the Scriptures has God opened by eyes to His glorious truth.

Just a note….there is one group in the world that has a grasp on the truths that children are a blessing.  The Muslims have a fertility rate of 6 children per woman.  I read one article, Muslim birthrate worries Russia (www.wwrn.org) that declared the national fertility rate in Russia is 1.28 children per women far below what was needed to maintain the countries population.  However, with the Muslim fertility rate of 6 by sheer numbers alone in a few generations the country will be entirely Muslim.  The same thing is happening in France and America is not far behind.  Should we be surprised when we laugh at God and mock His Word?  God help us when we despise His blessings!