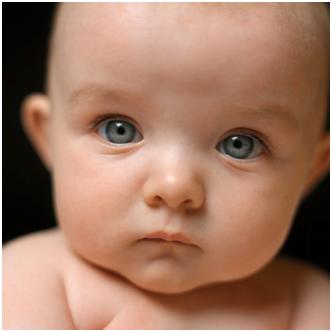 My sister just found out that she is expecting a baby!  The whole family shares the excitement that she and her husband have.   Having children is such a blessing.  Scripture says that children are a direct blessing from the Lord.  (Psalm 127)  Therefore, the more children you have, the more blessed are you.

My three children are looking forward to having a new cousin.  They have taken it upon themselves to pick out names for this child.  I remember the dilemma we had when trying to decide what names we would choose for our children.  After all, our children would have to live with our choice for their entire life.  So we choose with care:

As I think about names and what they mean I cannot help but think of the name above all names – Jesus.  One of the most moving songs about the name of Jesus was written by Bill and Gloria Gaither.  While performing their song, “There’s Just Something About That Name” Gloria has spoken these following words between the verses:

“Jesus, the mere mention of His name can calm the storm, heal the broken, raise the dead. At the name of Jesus, I’ve seen sin-hardened men melted, derelicts transformed, the lights of hope put back into the eyes of a hopeless child…   At the name of Jesus, hatred and bitterness turned to love and forgiveness, arguments cease.   I’ve heard a mother softly breathe His name at the bedside of a child delirious with fever, and I’ve watched that little body grow quiet and the fevered brow cool.  I’ve stayed beside a dying saint, her body racked with pain, who in those final fleeting seconds summoned her last ounce of ebbing strength to whisper earth’s sweetest name–Jesus, Jesus…   Emperors have tried to destroy it; philosophies have tried to stamp it out. Tyrants have tried to wash it from the face of the earth with the very blood of those who claimed it. Yet still it stands.   And there shall be that final day when every voice that has ever uttered a sound–every voice of Adam’s race shall raise in one great mighty chorus to proclaim the name of Jesus–for in that day “every knee shall bow and every tongue shall confess that Jesus Christ is Lord!!!”   Ah–so you see–it was not mere chance that caused the angel one night long ago to say to a virgin maiden, “His name shall be called Jesus.” Jesus–Jesus–Jesus. You know, there is something about that name…”[i]

Wherefore God also hath highly exalted him, and given him a name which is above every name: That at the name of Jesus every knee should bow, of things in heaven, and things in earth, and things under the earth; And that every tongue should confess that Jesus Christ is Lord, to the glory of God the Father. (Php 2:9-11)