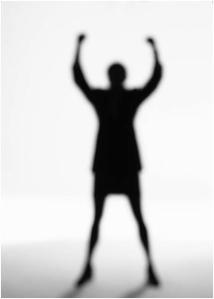 I just finished reading an article on OneNewsNow about the Rev. Robert Schuller stepping down as lead pastor of Southern California’s Crystal Cathedral megachurch.  It wasn’t his stepping down that caught my attention but the statement that his daughter, Sheila Schuller Coleman, has taken over the lead role in the church.

God has ordained three institutions upon this Earth and because they are ordained by Him, He establishes how they will operate.  Fortunately, God has not left us uninformed about the roles of men and women in any of these institutions.  Unfortunately, that leaves many men and women without excuse for their behavior.  And because they are without excuse and they continue to blatantly disregard God’s Word, they will sadly be judged accordingly.

The first institution God established was the family.  We see this in the first few chapters of Genesis.  In Ephesians 5:22-33 and I Peter 3:1-6, we see clearly the hierarchy of the family.  The husband is the head of the wife as Christ is the head of the church.  It is a beautiful picture.   It is a shame when believers distort that picture.  This is done by the wife ruling the family, being unsubmissive, taking on man’s role (to lead, provide, and protect) and rejecting her own role found in Scripture.  It is also done by the husband weakly and passively allowing it.

Secondly, God ordained the institution of the government.  Romans 13 tell us that it is God that ordains the higher powers.  Two years ago, in the middle of our Presidential Election I wrote an article called, His Will Done and My Conscience Clear, which partially addresses women leading in the political arena.  You can read it here.

The third institution that God ordained is the church.  Again, God is very clear in His Word that women are not to lead in this area.  Let the woman learn in silence with all subjection. But I suffer not a woman to teach, nor to usurp authority over the man, but to be in silence. For Adam was first formed, then Eve. And Adam was not deceived, but the woman being deceived was in the transgression.  (1Ti 2:11-14)  This is not an archaic issue or even a cultural one.  The reason Paul gives that women are to not usurp the authority of a man in the church goes all the way back to the order of creation.  God established it this way from the beginning.

The story of Deborah from Judges Chapter 4 is often cited as rationale for women stepping out from under the hierarchy that God has established.  Women love to ignore the majority of Scripture that is clear on the issue and focus on one story from the Old Testament.  Ironically, in their search to justify their own rebellion they will take the story of Deborah out of context.  Text without context is pretext, pure and simple.  Contextually, the children of Israel did evil in the sight of the Lord.  God raised up Deborah, not to set the standard, but to bring shame upon the men.

“Woe unto the wicked! it shall be ill with him: for the reward of his hands shall be given him. As for my people, children are their oppressors, and women rule over them. O my people, they which lead thee cause thee to err, and destroy the way of thy paths. Isaiah 3:11,12.

We are witnessing our society deteriorate more and more each year.  Those that are leading us are causing us to err.  They are destroying the way of the paths.  What is the solution?  It’s really simple.  We need to get back to God’s Holy Word.  We need to relinquish our pragmatism and start being biblical.  Men need follow the advice of the Apostle Paul from I Corinthians 16:13 and “stand fast in the faith, quit you like men, be strong.”  And we women need to simply move out of the way and let them lead and watch God once again bless our nation.

3 thoughts on “Feminism – The weakening of a society”