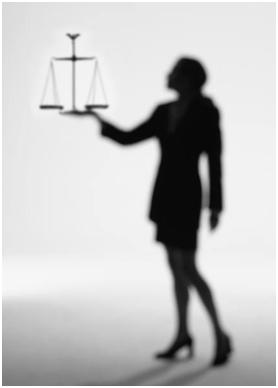 Four years ago I read a beautiful story about a young girl’s journey through life.  It was written by Elizabeth Prentiss in 1869.  Her book, Stepping Heavenward, touched my heart in a very special way.  The book is in the form of a girl named Katherine’s diary, first written in on her 16th birthday.  As you read, her life unfolds in front of you and you watch as she draws closer to Christ with each step.   You see her joys and her pains; her victories and her struggles.  One particular story that I remember so vividly is when her father-in-law moves in.  Katherine is a dear daughter who serves and waits on him with tender love and patience.  But her patience is tried and her love is tested for this man is cold to her.  To make matters worse, for some reason every special occasion, like the anniversary of her and her husband’s marriage or their children’s birthdays, he will shut himself up in his dark room for the entire day.  This goes on for many years and although she hides it, her heart grows bitter towards him. After all she has opened up her home to him and cared for him and he ruins every special day.  Most people would certainly sympathize with Katherine as she writes in her diary.  I know I did while reading it.   But, the lesson that Katherine learned next taught me one that I will never forget.  After the passing of her father-in-law Katherine was cleaning out his room.  It was then that she discovered his own journal.  Picking up to read it Katherine’s eyes were opened up to the reason that he would lock himself in the room on each special occasion.  Out of love for the family, this man would devote the entire day to prayer and fasting.  If it was her anniversary, he would pray and fast for their protection and blessings in their marriage.  Whichever child’s birthday it was he would pray and fast all day long for this child.  He would sacrifice the joy of the day and go to God on behalf of the ones he loved so much.  His journal revealed his heart.

When we lived in Fayetteville, Ark we lived on a mountain behind Wal-mart.  It was a dead in road so every day we would have to pass Wal-mart coming and going.  Often we would see one of our neighbors, an elderly lady, walking to and from Wal-mart.  Without fail, every time we would slow down and smile and wave at this lady.  And without fail, every time she would frown back.  Not once did she even wave to us as we passed.  I remember thinking how rude she was.   I even commented to my husband that I didn’t think she was very friendly.  But one day coming home from town it was lightly raining and this lady was walking home with several sacks of groceries.  I stopped and asked her if she would like a ride home.  She was so thankful.  We had a pleasant visit and I dropped her off at the house.  After that I expected her to wave back to me but she never did.   But on the days I would stop and offer her a ride she would gladly accept.  And on the days we would go and visit her home she would welcome us in with a hug and smiles.  It was then that I realized that I had misjudged her reaction on the road.  Just because she did not wave and smile at us as we drove past I had written her down as a cross old lady.  Could it of been that she simply had bad eyes and didn’t see us wave or maybe because of her age walking was strenuous on her body and this explained the frown.  Either way, I had the wrong impression of her.  Another lesson learned.

This reminds me of another story.  There is a man who everyday weeps and prays for the souls of many.  Upon his knees he will petition Almighty God on behalf of those he loves.  Sleepless nights are spent in prayer.  He too is misjudged.

We absolutely cannot judge the heart or inner motives of others.  Only God knows the heart (I Samuel 16:7).  We also are not allowed to judge a ministers service to God (I Cor. 4:1-5) and we are not to judge the appearance of others (John 7:24).  These are a few things that are clear in scripture on judgment.

This does not mean however that we are to be undiscerning Christians; for we are commanded to make judgments between good and bad.

-those in church must judge which men have qualifications necessary for elders and deacons (1 Tim 3:1-13)

-we have to discern or judge which people are unruly, fainthearted, weak, etc (1Thes. 5:14)

If we are to never look at a person’s life and judge their fruits then someone forgot to get that memo to King David.  The Psalms are filled with judgments.   Matthew 7:1-5 doesn’t teach to never try and remove the mote from a brother’s eye only to first examine your own eye so that you might see clearly.  And David, when confessing his own sin before the Lord in Psalm 51 says that after he is restored he will then teach transgressors their ways and sinners will be converted (vs 13).

One thought on “Judging Others”